The reason I had no words for what happened in Charlottesville is because this is completely tragic, but not at all surprising. If you remember from lit, the flaw/seeds are always inherent in the character leading to the ultimate manifestation of the tragedy. People thought a host of folks I knew were “just being negative” or “too angry” when they spoke out against racism in Charlottesville. Some people actually said to me that they didn’t understand my rage, that I should be “used to it” and “ignore it” thus showing me that they only wished to diminish my humanity, to try to make me carry the burden of other people’s evil. Uh uh: my father might have called me “pixilated” but my mother never raised a complete fool! I know when I’m being discriminated against, singlely or intersectionally. So:
People who act shocked and wonder why we don’t share our personal reality when you make it abundantly clear after centuries of the same old same that you are not listening? People who blast and blacklist a guy for respectfully refusing to honor the symbols and songs of national racism? People who blame victims of police brutality for their own deaths? People who label children of colour as “thugs” but bestow innocence on shady, corrupt middle aged white men and refer to them as “kids/children”? Who damned thousands of black/Latino/Native folk to incarceration but now pity and protect white addicts? Who disrespect our bodies, psyches, traditions & histories every single day? I have no patience with you or with those who normalize you.

Whiteness is a political choice, not merely a decrease in melanin. Choosing not to see or change injustices, choosing destructive forms of tribalism/jingoism/ to ignore or negate the realities imposed upon people outside of your group, etc. are choices. Someone is now thinking/saying/writing: “but Black/Native/Latino people do some of those things!” And indeed, some do. But here’s the difference and here’s why we say that racism is a white problem: WE do not have power over your lives. I can’t keep you out of my neighborhood or from voting. I don’t determine your value or standing in society. This country and its multinational corporations are run by white people. Our Constitution, systems- including Race-were constructed by and for white people, most particularly land owning white males. So while not every white person is in that club, aspires to, or can join, whiteness still gives you a leg up over others. In constructing disadvantage for PoC, our racial hierarchy creates advantages for others. Not rocket science, yet millions of advantaged, “I’m not racist/I’m not rich/I never owned slaves” white people  adamantly refuse to connect the dots. Or they do so from their own fear-based frames of reference and assume that we want to destroy them in revenge, so they spout or buy into Nazi, KKK, alt-right beliefs, rhetoric, and actions. Like yesterday in a town where I spent 16 years, with people I still love.

So stop saying “This isn’t America.” Please! This IS the US, always has been, and your selfish adherence to a mythical origin and denial of the genocide, exploitation, and oppression of millions for your own comfort upholds these injustices and perpetuates oppression. It’s the blue pill of a very dangerous, self negating illusion. Unless and until white people -every single one of you- demand that it be otherwise and take hold of their rabid relatives, it will continue, under the radar or in attention getting flames. If people really want 45 out, they wouldn’t be wringing their hands and waiting for 2020. There are legal, Constitutional means for ousting him and his cohort. The electoral college can be dismantled or amended. It doesn’t change because that IS the will of the spineless, willfully ignorant, greedy, stupid, superficial people who support this regime, actively or passively. IMHO if you are not antiracist, antifascist, anti-misogynist, anti-discrimination against LGBT+ yes, you are complicit. It’s not enough just to be a “nice” person. And while I’m at it, let me just say that to my knowledge, Black Lives Matter has never dragged anybody behind a car or otherwise killed or maimed anyone. They haven’t burned down houses, shot at people, or terrorized them in any other way. There are no reports of burning Black Power fists on anyone’s lawns, so stop comparing them to the KKK/Alt Right/Nazis or other actually violent terrorist groups. If you have the ability to think you might ask   yourself why you see people demanding justice in the face of violence against their people to be a threat to you. Why do you fear ordinary, unarmed PoC who simply aren’t servile? What are you projecting and how might you get help for this problem?What I’m talking about are Systems of injustice, and unless and until they are dismantled, they will continue to oppress people you say you care about: relatives, neighbors, friends, innocent strangers that your moral codes & ethics tell you to protect and support. Unless you work against injustice and oppression, yes, you are guilty of complicity. Charlottesville is your call to humanity: choose. 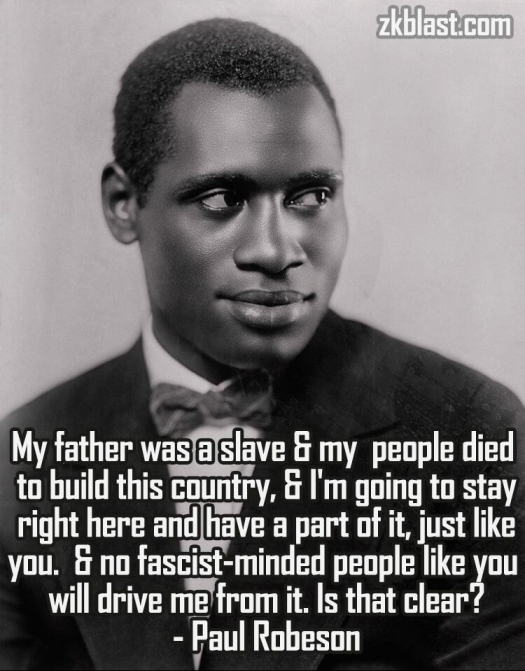