What Happened to the Country That Made Us Citizens?

Growing up in a friendly Dallas suburb, I never imagined the hostility lurking beneath the surface.”

The above is in today’s NYT. I haven’t read it because after reading this plaintive blurb, my inner voice was screaming: “Black people!! We told everybody!” “Black people, First Nations people, American History, Freud…”

WTH white people and white people wannabes? How desperate were you, ARE you to live outside of reality? How extraordinarily prejudiced that you subvert or ignore whole, gigantic swaths of history and the present? How willing to sell your soul for a lie openly labeled as a made in the USA “DREAM“? How willing are you and have you been, to watch human beings and their children kidnapped; degraded; criminalized; beaten; pillaged; raped; bad mouthed; murdered; victimized by ethnocide and genocide, and yet stand aloof or in judgement because in this fleeting moment it’s not your poor white/light brown/darker-but-wealthier brown ass being victimized? Has your Dream become our nightmare?

Of course you should seek better lives for your kids, but that doesn’t necessitate buying into lies and abuse.

So no, I won’t read this nor any of the other late-to-the-party “realizations” and sad stories because you know what? BELIEVE BLACK PEOPLE. We run the gamut of human brilliance, foibles, and foolishness, but if there is one thing we excel at, it’s recognizing and calling out racism and its subsets and intersections, because you know what else? We and our First Nations cousins have been victims of atrocities for hundreds of years while you watched, occasionally clutched your pearls, looked away, or even applauded. You knew, you just valued your own possibilities of entre into whiteness more than our lives. You knew, you know now; you are and have been complicit in condoning and upholding white supremacy and I’m fresh out of pity. So, sit down in the back, own up to your culpability, be quiet and learn: we have much wisdom to impart.

He who does not oppose evil, commands it to be done (Leonardo Da Vinci) 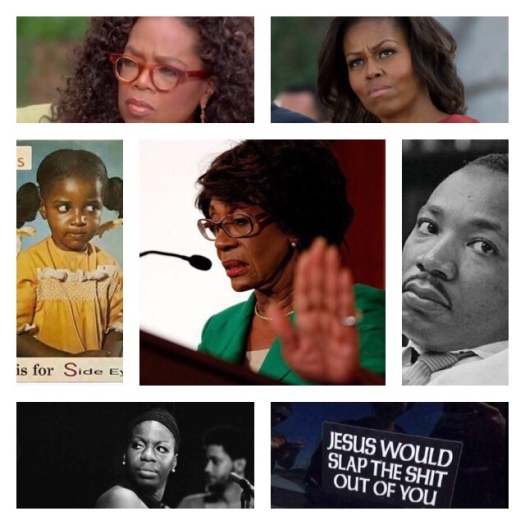